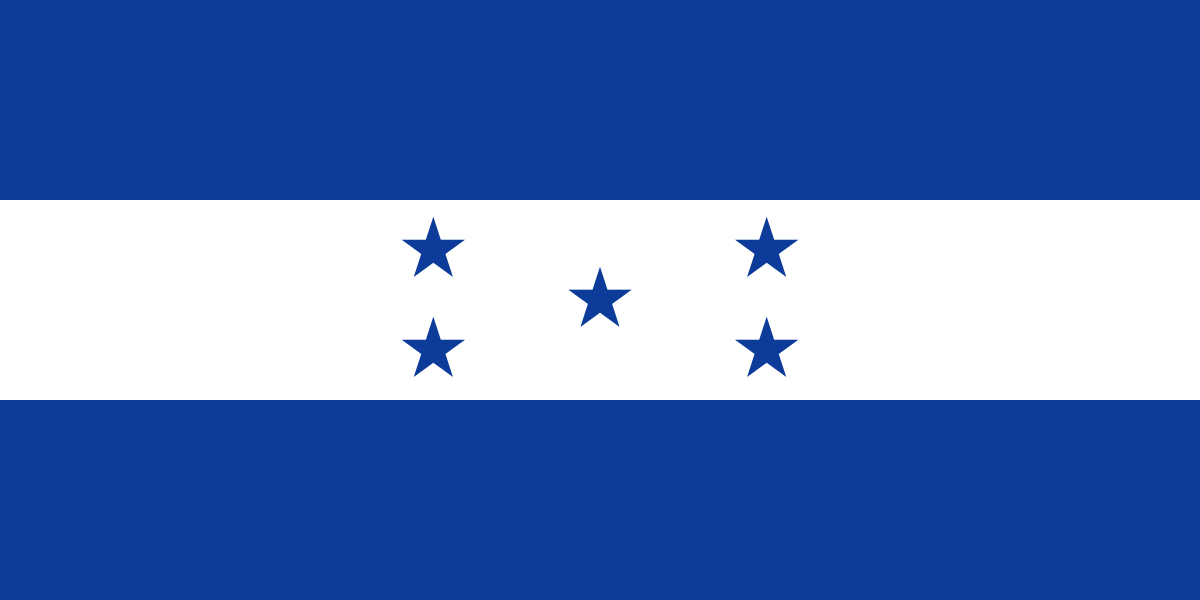 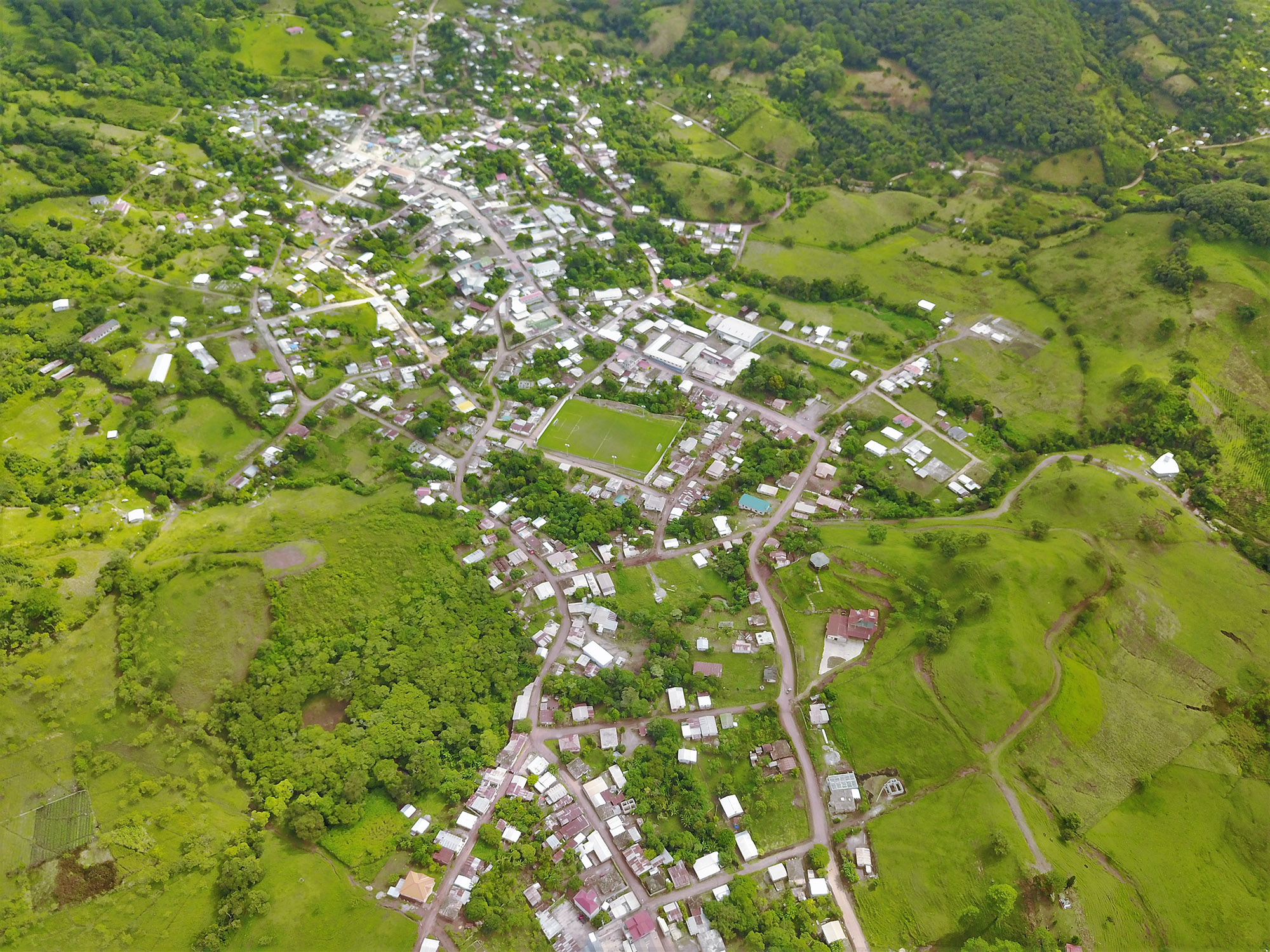 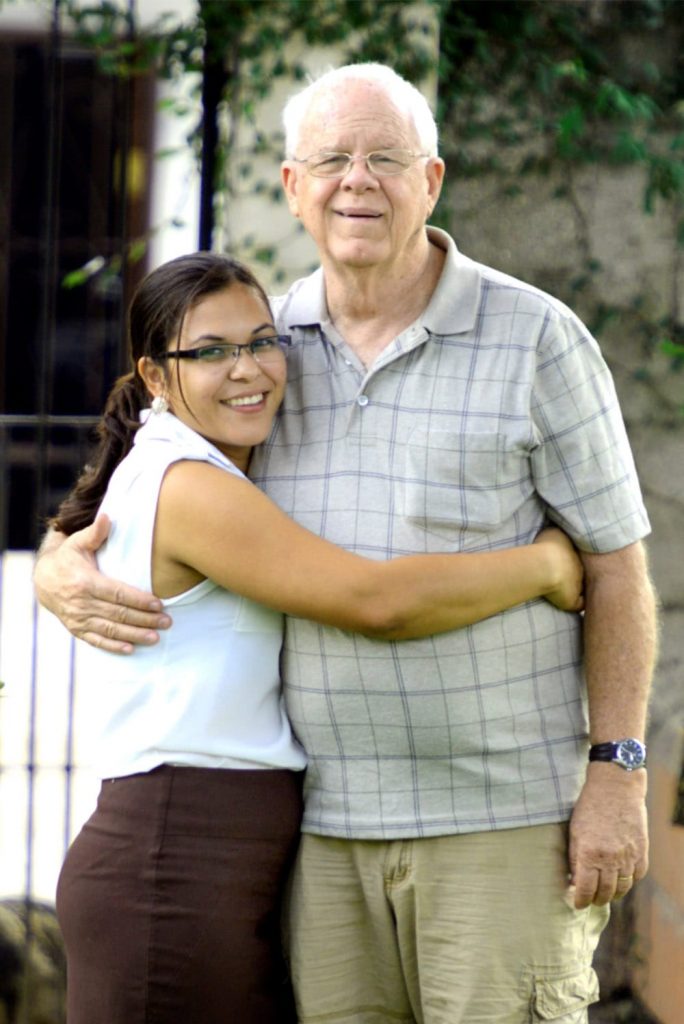 The First Mission Trips
John Passler, founder and current director of Casa De Esperanza, began visiting La Union, Honduras in May of 2000 in answer to an invitation by Victor Almendarez, a local missionary. During that first visit John met with six members of a house church in La Union, who shared that they had been praying for more than two years that God would send financial help that they might build a church building. After several months of correspondence and a number of interventions by God, John’s church in Houston agreed to help fund church construction and provide help with construction labor by sending members as missionaries.

During the summer of 2001, John led a group from the church to start construction of the Church in a Union, and in the first year completed the foundation. In 2002 they returned to construct the walls, and in 2003 returned again to put on the roof. Although the building was not complete, it was usable and John and the others considered their work finished, but apparently God had more plans.

The group had been staying in dormitories at Vida Abundante Church in La Union and as this encounter happened, John was sitting on a street curb in front of the church. He was so stunned about what he was hearing that he began to question God.

After a number of questions with no apparent answers, John finally said to the Lord: “If you want me to do something here, you need to at least send me someone that speaks English so I can ask them some questions about this place.” As soon as he spoke those words to God, a young lady named Vanessa Soto walked up and said, “ Hello.” John asked her if she spoke English and she replied that she was the only one in La Union who spoke English. He began to weep. She asked him why he was crying and John told her that he had just prayed that God would send someone who spoke English. Then she began to weep. John asked her why she was crying and she shared that she had just prayed that God would use her English to glorify Himself. Then they both sat on the curb for a time weeping . . . with joy, for answered prayer.

A Mission Base
For the next several years John made regular visits to La Union and initiated several projects to help the community. Although here was no specific direction, the sense was that what God was planning would bring hope to the youth of this area. It wasn’t until 2008 that God began to be more specific. In January of 2008, John felt that God was directing him to begin the construction of a mission base. The base would be designed to house up to twenty persons in a dormitory type plan. The facility would not be extravagant, but would be a clean, reasonably comfortable place for first-time missionaries to come and have a missionary experience, but without sacrificing the basics of life in the US. There would be hot water, clean drinking water, clean dry beds, safe American-style food and access to the Internet. But, while visitors could trust the safe environment of the facility, they could walk out our front door and be in the middle of a third world rural community and mission field, in this case a community of coffee farmers isolated geographically (twenty-five miles from the nearest paved road) and economically from the rest of the world.

In 2009 the mission base facility was substantially complete. The Houston economy began to slow, and John began to feel the call of God to move to Honduras permanently. He had been in the steel fabrication business for the best part of thirty years and had reached the point of doing most business over the phone and internet so it wouldn’t be too difficult to continue business operations from Honduras.

Adela Cruz Hernandez of Naranjo, a nearby settlement, had worked as facility caretaker, housekeeper and cook at the mission base for about two years. During that time John and Adela became close friends and partners while establishing the mission base. In December of 2009 they decided that John would move to Honduras permanently, and he and Adela would be married. John gave up the lease on his Houston apartment, put everything in storage, and on the Jan 12, 2009 moved to Honduras. On January 15th 2010, Adela and John were married.

Helping Students
A few mission groups began visiting in 2010, but most of the time it was just Adela and John putting the finishing touches on the garden and facility. Adela began sharing the dilemma of the majority of students in the settlements (small clusters of houses in the mountains) not being able to finish their educations because of their remote locations, and having no place to stay in the town so they could attend school.

The public-school schedule in La Union is centered around the coffee harvest which runs from November through February. Consequently, the school year runs from February through November. In February of 2011 John and Adela invited three students from Adela’s family’s settlement of Naranjo to stay with them in La Union for the new school year - Edita, Adela’s sister, Sindy, Adela’s niece and Sindy’s cousin Estela. Edita was sixteen and had been out of school for four years because she had no means to continue her education in La Union. Sindy was eight and on her third trip through first grade. Estela was nine and in third grade.

Due to the poor quality of education that Estela had received in the settlement, her new teacher wanted to put her back two grades, starting over in first grade, but reluctantly gave Estela ninety days to get on level with her classmates. Estela not only caught up, but she finished the year at the top of her class and because of her academic achievement, was offered a scholarship to a private bilingual school in La Union. Estela went on to become the primary translator, and upon high school graduation received a full scholarship to attend Bob Jones University in Arkansas. She has decided God is calling her to be a pediatrician. Sindy did not return for the following year, but Edita graduated from high school with honors, and is finishing law school and has been accepted to finish her law degree as an intern in one of Honduras’s most prominent law firms in Tegucigalpa. Edita has also taken over the leadership of the Ministry’s Oansa program (Oansa is a Spanish version of Awanas), and supervises the dramas that are performed in church services and leads one of the accountability groups.

Since 2011 the Ministry has had a number of students come and go. There have been as many as twenty-six living in Casa de Esperanza at a time. Although the total numbers fluctuate, there is a core of serious students that continues to grow. There are currently twenty-one students. Of those, over half have become mature Christians and serve in leadership positions within the ministry. They lead accountability groups, they serve as worship leaders, they are Oansa leaders and six of them serve on the “counsel” that shares in the decision making and establishing the direction of the ministry.

Ministry Growth and Needs
When John Passler moved to La Union in 2010, he was not planning to be a missionary and although he had the blessing of his church in Houston, there was no established support network to help fund the ministry. John had closed his steel business in early 2010 and the only support for the ministry was his monthly retirement check. By the end of 2012, with about a dozen students in residence, the ministry began to seriously struggle financially. In February of 2013 friends from Houston visited and did some seriously needed painting and began to spread the word about the ministry. By the end of that year, Casa de Esperanza began receiving some financial help, and was able to continue. As the numbers of students grew in 2014, John had the opportunity to do some consulting work for other steel companies in Houston, which provided additional funding for growth. Later in the year, a group of Christian businessmen established a 501(c)(3) nonprofit corporation for the ministry to enhance fund raising capabilities. The Ministry continued to grow and God provided opportunities for John to reopen his steel company in 2015 to meet the financial demands of the expanding ministry in 2016 and 2017.

As we look back and recall what God has done in the lives of our students, there have been five who graduated from high school, (all with honors), three are currently in, or have graduated from university, and three more are poised to start university prep school. The Ministry has baptized approximately seventeen students. Even for those who have left the ministry before completing their education, we believe that they left better than they were when they first joined the Ministry, in both their educational achievement, and in their walk with Our Lord.

God continues to work in the town of La Union and surrounding settlements and the message he impressed on John and Adela continues to bear fruit.  That message:  “to bring hope to the youth of this area of Honduras” is alive and growing today.